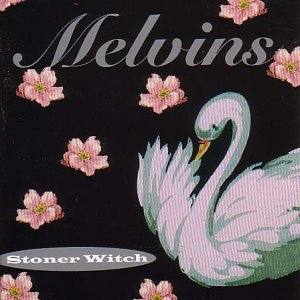 I WAS recently discussing, with Bill Ward, how sad it is that everything recorded these days is stuffed choc full of gizmotry and is often ...

For real rockers Seattle is the ultimate wet dream. By Michael Azerrad ...

The Melvins: Slacking Toward Platinum

The Melvins and Kurt are asleep at the wheel of fortune ...

Once, MELVINS were the loudest, heaviest and slowest band on the Pacific West Coast, loved by few, feared by many. For years, they devastated audiences ...

The Melvins: Gods of Thunder!

They're buddies of Kiss' Gene Simmons, and Kurt Cobain! They're fans of Venom and Judas Priest! And they rock hard! They are MELVINS! STEFFAN CHIRAZI worships the new Metal Gods! ...

THIS MUCH we know: having long since rejected such trifling notions as tunes, melody and coherent vocals, Napalm Death have concentrated their efforts on creating ...

An appreciation of the Melvins

NOTE: This was originally written for a Russian publication as a review of the Melvins' 2014 album Hold It In. I was trying to write ...