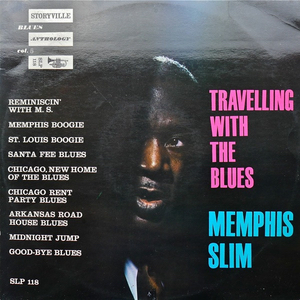 WITH R&B getting a deep hold in this country, many of the former fans of this type of music seem to be switching to the ...

Now It's The South's Turn At The Blues

BLUES IN Croydon may strike a funny note to enthusiasts steeped in the lore of Mississippi and Chicago's South Side. ...

Memphis leads a bunch of blues ...

Woke Up This Mornin', Blues Gone Down The Drain

The Blues is getting old, and young black kids ain't taking over where the old-timers are leaving off. BRIAN CASE talks on the subject with ...

FOLLOWING RECENT reports of his serious illness, it came as little surprise to many blues fans that Memphis Slim sadly passed on of February 24th ...

MEMPHIS SLIM AND Sonny Boy Williamson - even their names, their performing aliases, have a bigger-than-life aura. And though both passed away decades ago, time ...