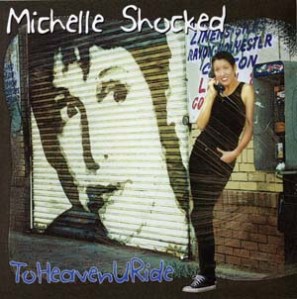 With her synthesis of folk and hardcore, Michelle Shocked has successfully created a new vehicle for political pop. Ralph Traitor tunes into the voice of ...

Feminist fans may be outraged by her apparent change of image, but it's no sell-out, as Michelle Shocked tells Lucy O'Brien ...

Short Sharp Shocked may have established a reputation as a serious radical, but it's her sheer exuberance that makes you pay attention. ...

IT'S BEEN more than five years since Michelle Shocked became an international star by sitting around a Texas campfire and singing her songs into a ...