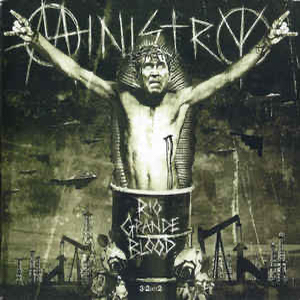 THE AIRPORT at Minneapolis is surprisingly big, considering the town itself is hidden away up towards Canada in the big blank heart of the mid-West. ...

Ministry: The Land Of Rape And Honey (Sire LP/Cassette/CD)

BRIAN JOURGENSEN and Paul Barker, the men from Ministry, work together in a world of seemingly self inflicted pain and torture. A ceaseless metal-machine beat ...

REMEMBER MINISTRY? That hot Dance act from Chicago who influenced House and soaked up exclusively European acts? Well, they've changed. It's 1990 and all that, ...

The LOLLAPALOOZA II festival winds its way around America with a bill as exotic as its name. Red Hot Chili Peppers, Ministry and Pearl Jam ...

Lollapalooza 2: One Nation Under a Groove

It's Glastonbury on wheels, a mobile Reading, the lovechild and legacy of ex-Jane's Addiction frontman and all-round chap, Perry Farrell. It's LOLLAPALOOZA, in its second ...

Ministry: Live at the End of the World!

The Lollapalooza tour and the Psalm 69 album have turned MINISTRY into industrial metal superstars, the only band of their kind big enough to play ...

The Man From Ministry

AFTER A promising start, Ministry headman Al Jourgensen put his career into reverse, burying the band in a hideous dark noise which has transformed them ...

FROM AN ABANDONED whorehouse 50 miles outside of Austin, Texas, comes Filth Pig, the latest sonic roadkill of heavy-riffing industrial grooves and big beats from ...