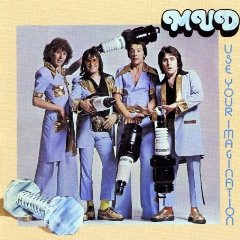 "HYPE, BILGE, lies, rubbish!" These are the epithets often hurled when a band appears on Top Of The Pops weekly, and soars chartward with a ...

The Sweet smell of success turns to Mud in the eye

NOTHING WOULD please Nicky Chinn more this week than to see Sweet topple Mud from the top of the singles chart. One would think that ...

Mud. They’re a pure pop band, no pretentions, but a lot of fun. Caroline Coon goes on the road with the boys who bridge the ...

Nicky Chinn: From Riches to Riches

More Mature Mud has a Flop and Plays Colleges

Mike Chapman began with Mud and Sweet, disappeared when glitter-rock went cold, and came back to make the new wave palatable for America with the ...

Mike Chapman began with Mud and Sweet, disappeared when glitter-rock went cold, and came back to make the new wave palatable for America with the ...

THE YEARS BETWEEN 1971 and 1975 were tucked between psychedelia on the one hand and punk rock on the other, and while they featured country ...

Thirty years on, the forgotten stars of glam rock are shining again. ...