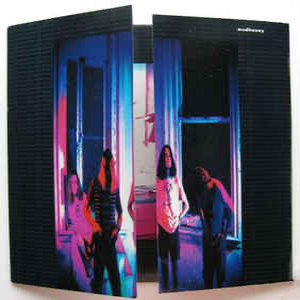 SUDDENLY SEATTLE IS THE CENTRE OF ALL THINGS GRUNGE. EVERETT TRUE TRAVELS TO THE HOME OF THE ANTI-HITS TO MEET MUDHONEY WHO RECENTLY TRADED SONGS ...

MUDHONEY's music is a wild thing — garage grunge and Iggy-style abandon. In person they're mild-mannered, middle class Americans with a hopeless addiction to Sham 69 ...

THERE'S NO containing the capricious belligerence of Seattle's Soundgarden. Vocalist Chris Cornell — part monkey, part Adonis and all of a doodah — is stripped ...

Mudhoney: Put Mud In The Music

Thanks to an extensive European tour, a vinyl collaboration with Sonic Youth and their own indie-chart hit LP, Seattle's MUDHONEY find themselves the latest US ...

Diseased drugvom and dogs! MUDHONEY cut through STEVEN WELLS' spunk encrusted C60 to give us the bald and rotting bare facts about the inadequacy of ...

IF YOU want a creative and intellectually stimulating evening, go seek out RW Fassbinder's The Bitter Tears Of Petra Von Kant. Mudhoney are experts at ...

For real rockers Seattle is the ultimate wet dream. By Michael Azerrad ...

For bands and fans, the single is the new format of choice ...

OVER THE PAST TEN YEARS, I've endured a recurring theme in my late night dreams: the Rolling Stones, finally realizing the vapid decline of their ...

Retrospective and Interview by Everett True, Stranger, The, 15 August 2002

*Not-So-Frequently-Asked Questions About One of Seattle's Best and Most Enduring Rock Bands. A Primer ...

BEING AN AMERICAN grunge rocker must be one of the most dangerous jobs in the world. Past incumbents, from Nirvana to Alice in Chains to ...

TWENTY YEARS AGO, Mudhoney released their first Sub Pop! single, 'Touch Me I'm Sick', followed closely by the Superfuzz Bigmuff EP. Neither sold much, but ...