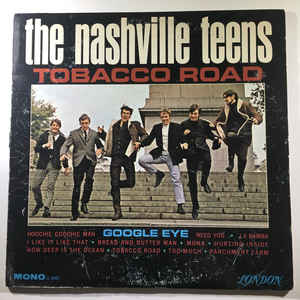 HOW MUCH more room at the top is there for groups? Sooner or later the big beat bubble is bound to burst, which means that ...

Marianne Faithfull: The Battle Over A Bird

SAID MARIANNE: "The trouble with having a record called 'The Little Bird' is that I don't like birds. I'm being involved in publicity situations where ...

CILLA BLACK: 'Love's Just A Broken Heart' (Parlophone). It's Cilia — she's great, but this is one of those things that need a second listen. ...

GENE VINCENT COULD DO NO WRONG ...

To celebrate 90 years of Decca Records, a new book about the label's history is being released. In this exclusive extract, renowned music critic Jon Savage ...