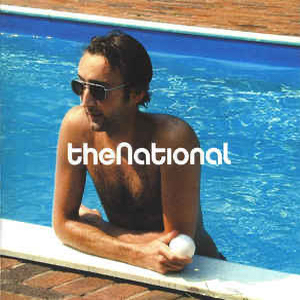 AFTER A COUPLE of well-received but not exactly life-changing albums, this bookish Brooklyn-based quintet have achieved a kind of breakthrough with their third full-length release. ...

Brooklyn-based five-piece THE NATIONAL talk to Uncut about their fourth album, Alligator, a mesmerising blend of melancholy and mischief ...

TWELVE YEARS AGO, the five members of the National left their native Cincinnati and headed east for New York. As mid-westerners who can never think ...

The National: Gloomy … with a Hint of Sunshine

Report and Interview by Andrew Purcell, The Guardian, 22 April 2010

IT WAS PAST SIX in the morning, in the bar of Bono's hotel in Dublin. The members of the National and REM were seated around ...

SPARE A THOUGHT for the hapless hack who had the temerity to ask the National: "How does a totally unknown band like you sell out ...

The Brooklynites set sail for the big time with their fifth LP. ...

The National: An Interview with Matt Berninger

It's been a long, slow slog to the summit for The National — "You either plant your flag or you're forgotten" ...

The National: Trouble Will Find Me

IN THE EARLY '90s, Britain's hippest TV show was an imported American drama series named thirtysomething. The series told the stories of a group of ...

The National: Trouble Will Find Me

THE SIXTH ALBUM from Brooklyn's The National sees them continue an impressive run of form which has left them seemingly on the verge of mainstream ...

"WE PLAYED THE Barfly a few years ago," reminisces the National's singer Matt Berninger, making affectionate reference to the long-standing, archetypal indie sweatbox just down ...

2009'S DARK WAS The Night benefit album for the HIV/AIDS charity Red Hot Organization was something of an anomaly among such compilations; whereas most collections ...

The National's Bryce Dessner: A man of many talents

Show: With the National Symphony Orchestra and conductor Jacomo Bairos on Friday at the Kennedy Center. ...