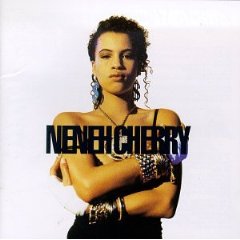 CARNIVALS ARE crucial — all the best cultures have 'em. But the world has a way of perverting the simplest pleasures, and since 76, Carnival ...

After spells in the hyper-trendy but hit-starved Rip Rig And Panic and Float Up CP, NENEH CHERRY is about to burst into the charts with ...

Neneh Cherry: A Gap in the Rap

Neneh Cherry is one of many women invading the hip hop scene ...

NENEH CHERRY is a different style of woman, a popstar determined to be real, not plastic, positive and above all herself. With her single 'Manchild' ...

TALK ABOUT a sign of the times: Earlier in the decade, Neneh Cherry was a peripheral member of the postpunk warriors the Slits, then played ...

OUTSIDE NENEH CHERRY'S modest terraced house in West London's Kensal Green, four bursting rubbish sacks jostle for attention by the front door. Round the back, ...

Neneh Cherry: Send In The Clowns

After the huge trans-Atlantic success of 'Buffalo Stance', NENEH CHERRY has established herself as one of the Pop world's most creative and exciting mainstream acts. ...

So you think you know everything about Neneh Cherry?

Born of a West African father and a Swedish mother, Neneh Cherry, 28, takes her name from the American jazz trumpeter Don Cherry, whom her ...

The raw and the cooking: albums from Neneh Cherry and Betty Boo

"Yo! Peace, darlin'!" Three years out of public view, Neneh Cherry returns this month with a rap/rock crossover record, 'Money Love', and an album that's ...

WHEN NENEH CHERRY was a toddler, she met Miles Davis. She remembers his gravelly growl of a voice, and recalls him opening his trumpet case ...

Caroline Sullivan on the sultry charms of Neneh Cherry at Shepherds Bush Empire ...

Report and Interview by Amy Linden, Vibe, May 2000

In the urban global village, SWEDEN is holding its own — pumping out some of today's most popular chart-topping teen R&B tunes and boasting its ...

THE ORIGINAL TITLE for this piece was "Ticked Off at a Tick". The reason being that I spent more than a few years operating under ...

Singer Neneh Cherry, who releases her first album in 16 years later this month, feels like she has woken up from a weird sleep, she ...

NOT KNOWING what's coming can work both ways. In keeping with Manchester International Festival's remit of unveiling original and provocative new work, Neneh Cherry and ...

NENEH CHERRY's re-emergence as a solo artist has been a long, gradual process.  ...

Neneh Cherry: "People ask me where I've been for 18 years…"

Report and Interview by Kate Mossman, The Observer, 23 February 2014

On the cutting edge of pop in the '80s and '90s, the singer paved the way for today's sassy female stars. Now she's back with her ...