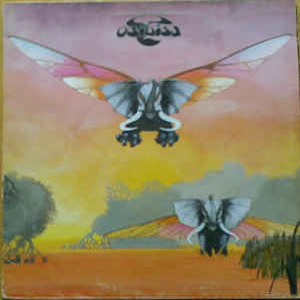 Beat The (African) Drums For Osibisa

IT MAY BE that, having endured the painfully stilted and emotionally lukewarm playing of most rock drummers for the last decade, audiences are waking up ...

AS AUDIENCES get cooler — almost listening to music has now become a kind of intellectual exercise — it is good to see a group ...

PEACE AND brotherhood, truth and happiness. These are words which crop up constantly in conversations with Osibisa, the creeds by which they attempt to live ...

Osibisa Swing From the Jungle

OSIBISA – the name is now on the lips of everyone just as we prophesied. The criss-cross rhythms are exploding with happiness right across the ...

The More Successful You Get, The More Equipment You Get, So Teams Are Needed To Get Everything From Place To Place

THEY ALSO SERVE WHO ONLY LIFT AND HANDLE... ...

FEW INDEED are the groups whose emergence has been heralded by more glowing reviews than Little Feat. It's my guess, though, that few indeed who ...

THERE SEEMS to be a definite increase of interest among young Black and Third World musicians, who are either not technically equipped or deeply enough ...

IT COULD have been the biggest event of the summer. For many of us trapped in the iron heart of the city, it promised to ...

HAPPY CHILDREN – maybe. Realistic and dedicated musicians – certainly. For beneath the jolly image of Osibisa, there beat sensitive hearts. ...

IT'S JUST ANOTHER of the great Woodstock fallacies. Let's face it, aside from the Who, Havens, and lovable John B. Sebastian it was those nice ...

Too many holiday brochures getting you down – let some real sun into your home... ...

NICE TO SEE Osibisa back in the news and making some chart action after a difficult spell when it seemed they had lost their grip ...

ONLY CRITICAL SNOBBERY could deny Osibisa the distinction of having played one of the finest sets I have seen this side of Christmas. On this ...

WHEN I sat upon my mother's knee during the years of austerity, being spoon-fed National Health bubble and squeak, and listening to the Light Programme, ...