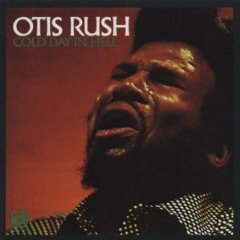 OTIS RUSH is one of the top exponents of the Chicago style of blues guitar. His followers are many and include most of Britain's blues-influenced ...

If you're a living blues master, are you better off dead? ...

THE IMAGE OF THE under-appreciated blues artist laboring in obscurity has almost become a cliche, but Otis Rush genuinely fits that description. ...

CERTAINLY IT made sense for Chess to release an album combining the handful of songs recorded by Albert King and Otis Rush during their short-lived ...

STRANGE THAT The Cobra Story marks the first time that these late '50s recordings culled from three short-lived Chicago labels run by Eli Toscano have ...

THERE WERE three young guitarists in 1960s Chicago who moved the blues forward to new areas of expression: Buddy Guy, the late Magic Sam (Samuel ...

Otis Rush: All Your Love I Miss Loving – Live at the Wise Fools Pub, Chicago

FOR A VARIETY of reasons, ranging from producer/label interference to his own notorious mood swings, Otis Rush has probably made fewer great recordings than any ...

FOR GUITARISTS, seeing Otis Rush in peak form was like grabbing a lightning rod as it was struck. ...