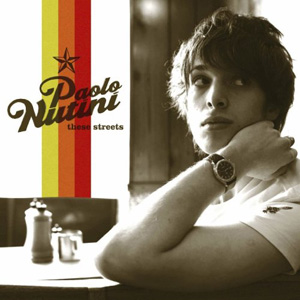 LOVE OR LOATHE the likes of James Blunt and David Gray — and by all accounts there are plenty on both sides of that particular ...

NINETEEN-YEAR-OLD Italian-Glaswegian Paolo Nutini used to work in his parents' chip shop. Then his debut single 'Last Request' crashed into the top five. His working ...

Paolo Nutini: Sunny Side Up (Atlantic)

PAOLO NUTINI tends to get lumped in with the James Morrisons and Blunts of this world, dismissed as a dispenser of tuneful semi-acoustic fare and ...

HIS TRANSFORMATION from coffee table crooner into a genre-crossing folk 'n' soul-charged free spirit has been one of the most slyly successful rebranding exercises of ...

Profile and Interview by Pete Paphides, Times, The, 16 February 2010

SEVERAL MONTHS have elapsed since Paolo Nutini got the idea for his performance at the 2010 Brit Awards. If he remembers the moment well, that'll ...

PAOLO NUTINI has quietly become a commercial A-lister. His second album, Sunny Side Up, made the Paisley singer-songwriter the bestselling British male artist of last ...

TORONTO RECEIVED a taste of a highly seasoned Paolo Nutini when the Scottish alt-R&B singer-songwriter hit the Sound Academy for a stand out performance last ...