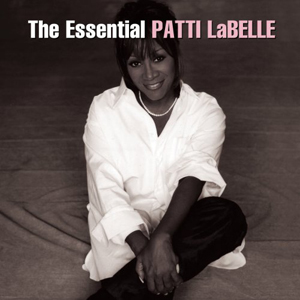 The gal with the Big Hair talks about hitting with 'On My Own', the making of her Winner In You album, and fondly remembers the old package-tour days and her time with LaBelle.

After the usual twang-and-thud brigade (I’ve forgotten who it was) Patti and company came on disagreeably late in the evening. The four attractive girls, in ...

Reflections on the new girl in the Supremes, Cindy Birdsong, who feels so much like Cinderella... ...

PETER GREEN'S FLEETWOOD MAC: Fleetwood Mac (Blue Horizon). One of the group events of last year for blues fans was the formation of the ex-Mayall guitarist Peter Green's ...

IT HAS gone virtually unnoticed in the British musical press that Pattie La Belle (or Patty La Belle or Patti La Belle!) and her Blue ...

IF THIS record is any indication, the solo albums prompted by LaBelle's dissolution are going to make everyone forget about the trio. Patti LaBelle's solo ...

THE RECENTLY disbanded Labelle was a one-of-a-kind musical experience, and there would be little point in its members trying to duplicate its theatrical, space-age R&B ...

For her new album, Tasty, Patti has adopted a whole new approach. She tells David Nathan how she accepted the challenge of showing people another ...

Patti is happier with her latest album than with anything she has ever done before, and feels that producer Skip Scarbrough has captured the real, ...

Patti LaBelle: It's Alright With Me (Epic)

I GUESS it's all of eighteen years since I first heard 'Down The Aisle' by Patti Labelle and the Bluebelles – and when I put ...

David Nathan catches up with Patti LaBelle, and finds she has plenty to say about the state of her career... ...

THE 18 CHORUS members of Your Arms Too Short to Box With God were assembled like a church choir in their red and white gowns ...

Patti LaBelle: one of the biggest voices around ...

Patti Labelle: Labelle Of The Ball

"I LOVE Madonna. I do. I just don't like the way she stepped on my feet. We were at the American Music Awards, in the ...

On Her Own: Patti Labelle

PATTI LABELLE HAS seen it all – lived through every phase of black American pop from the doo-woppy girl groups of the early 1960s to ...

FOR ALL THE LEGENDARY kings of soul music, the Sam Cookes and Otis Reddings and Marvin Gayes, the true spirit of this great black American ...

Regina Belle: Stay With Me (Columbia)/Patti LaBelle: Be Yourself (MCA)

THE DIVA is that most special of musical creations; her care and feeding are extremely important. ...

Patti Labelle and the Blue Belles