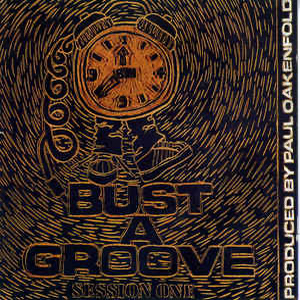 The superstar DJ in wide-ranging discussion about DJ'ing and dance culture, from getting into hip hop and House to stadium tours with U2; the impact of Ecstasy; the performing DJ; remixing, and the techniques behind rocking a dancefloor.

Paul Oakenfold: DJ Of The Month

PAUL OAKENFOLD, apart from being one of the harder working men in showbusiness, is a perfect example of the late 80s London soul phenomenon: the ...

From Acid House to the Balearics

What is the link between acid and House, between Ibiza and a music that does not exist? ...

"Acid is going underground. It's got to go that way because of all the fuss. The media are out to kill it"

So where do we go from here, matey? Acid guru PAUL OAKENFOLD talks to Paolo Hewitt ...

Report and Interview by Sheryl Garratt, The Face, April 1990

First there were the raves, and a few imaginative DJs who mixed live music with the records.Then there was Adamski, and the madness that is ...

Profile and Interview by Caroline Sullivan, The Guardian, 15 July 1994

Paul Oakenfold's new record has only his name on the cover. But he isn't a musician. He's the emperor of DJs ...

What have we got to celebrate after ten years of non-stop ecstatic dancing? Loads, says John McCready ...

THE ESPERANTO of electronic dance music, trance is probably the most popular rave sound in the world. Although this kinetic, hypnotic music has maintained a ...

THE ESPERANTO of electronic dance music, trance is probably the most popular rave sound in the world. Although this kinetic, hypnotic music has maintained a ...

TWO YEARS AGO, Paul Oakenfold was getting profoundly bored. The original post-acid house superstar DJ, known to friends and relatives as ‘Oakey’ and to the ...

They're mostly gone now, but back in the 1990s Britain's superjocks could coin thousands for a single night. A lucid history charts their excesses ...