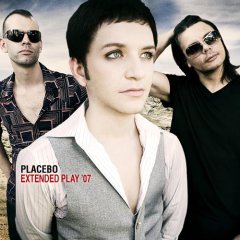 Brian Molko and pals talk about the making of their new album Meds, about songwriting, taking drugs and lots more

A LITTLE gender-uncertainty never hurt any band, and it might prove the making of Placebo. The Swedish-American trio is fortunate in boasting a singer, Brian ...

THE SETTING: Placebo's dressing room, backstage at Madison Square Garden. David Bowie is halfway through his 50th Birthday Concert. Two of his special guests are ...

High on the Placebo effect ...

Placebo: Without You Nothing (Virgin)

Brits who show their glam peers how to rock ...

"I WAS CONFUSED by the birds and the bees", the Lilliputian, Luxembourgeois leader of Placebo sings, beneath the gilded plaster of Paris of the 110-year-old ...