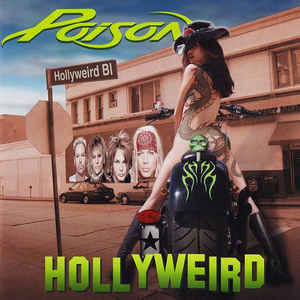 IN THE EARLY '70s, we Americans called it glitter and the English glam, but by any other name it would still be mass transvestitism. It's ...

WITHIN two numbers, Bret Michaels is prostrate and pushing his amply-stuffed, cellophane-tight crotch at the stage, ass pumping in the air, breath heavy, grin spreading. ...

Poison: The Call Of The Wild

'EVERY ROSE HAS ITS THORN' WAS NUMBER ONE IN AMERICA OVER CHRISTMAS. THE OPEN UP AND SAY...AHH! LP CRUISED INTO THE US TOP 10 AND ...

They say 'Every Rose Has Its Thorn'. Or at least POISON do in the title of their current hit single. And certainly the Los Angeles ...

Poison: We're Big Down Under!

KIP WINGER is a hunk. And what a perfect hunk he is. With his Harlequin hero name, decepticon logo, and carefully exposed nipple, he's engineered ...

THE DOWNFALL of Poison, whose first two albums showcased a carefree marriage of '60s bubblegum to '70s hard rock, can be traced to the day ...

"OH, NO, NO," moans Bret Michaels during the final, crashing chords of the newly reconstituted Poison's attempt to reestablish its lacquered toehold on the bubble-metal ...

Report and Interview by Bob Ruggiero, Houston Press, 24 May 2001

GET READY, Houston, 'cuz here they come – rolling into town in waves all summer long. No, not the Bayou City's infamous mosquito swarms, but ...