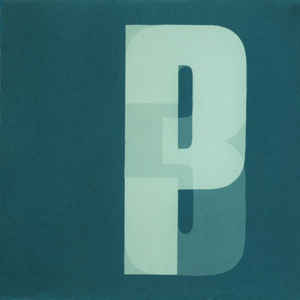 POOR PORTISHEAD. The town, I mean, not the slo-mo sound sculptors who have made this innocuous seaside hideaway sound so relentlessly tragic. For this is, ...

Imagine a cross between ambient and hip-hop. Imagine a Brit version of Cypress Hill or Gravediggaz's spooky Gothic Hop. Imagine the sound of 'bombs exploding ...

"IT'S NOT that I'm sick of hearing praise," Geoff Barrow retorts, "it's just that I can't quite believe it, or even understand it." ...

Report and Interview by Ben Thompson, Independent on Sunday, 11 December 1994

IF YOU WERE the most compelling and enigmatic new group in Britain, playing your first proper gig in the sort of London club where Christine ...

From a tiny town outside Bristol came last year's best album, the piercing, lovelorn and sexy-as-f*** Dummy by PORTISHEAD. EVERETT TRUE meets the band to ...

Massive Attack invented a loping, trippy dance sound that could have turned them into international stars. When they decided they'd rather stay home in Bristol, ...

POP GROUPS hate being identified as part of a scene centred on a city. But if there's one thing bands resent even more, it is ...

If Portishead's first album spooked you out, their second one will really get to you, says Caroline Sullivan ...

Portishead: Tangled Up In Blue

After three albums and a world tour which nearly put paid to them, the members of Portishead are resting up. In Bristol, Geoff Barrow and ...

Beth Gibbons: Out of Season

The Curse of Portishead Lifts

IN DECEMBER last year, three black-clad ghosts from the pop past clambered onstage at an off-season holiday camp in an icy, wind-whipped corner of Somerset. ...

PEOPLE WHO don't like Portishead sneeringly dismiss them as dinner party music, something the sickening middle class stick on in the background while they discuss ...

PORTISHEAD'S THIRD album is initially more a record to admire than to love, its muscular synthesisers, drum breaks and abrupt endings keeping the tension high.  ...

Portishead is reunited and ready to play in the desert