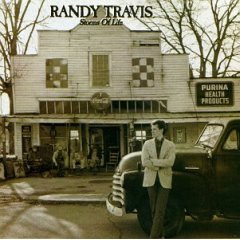 The First Gentleman of New Country talks about being on the road, his North Carolina roots, the New Country boom, his youthful indiscretions, and the nature of country music.

OF ALL THE cool new Country stars, expect Randy Travis to last the longest. ...

Report and Interview by Adam Sweeting, Guardian, The, 27 March 1987

It may have had a hard time persuading people to take it seriously but, as Adam Sweeting reports, country music is winning ...

Country is giving berth to rock these days ...

IT'S A MEASURE of how far country golden boy Randy Travis has come in only five years that he can attract such a stellar cast ...

ROUTE 88 WAS an ambitious cross-label campaign to establish several country stars in the UK, with Yoakam and Travis seen by many as the twin ...