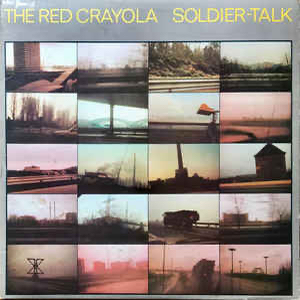 AN EARLY psychedelic legend came to roost unexpectedly last weekend in the none-too-appropriate environs of the Hope and Anchor. ...

THESE ALBUMS are famous, if at all, for not being famous. Now that the all too seductive veil of obscurity has been lifted (and therefore ...

IN THE collapse of trends, movements — individuals: when they combine, all the stronger. Tonight four bands moving forward, confidently or haltingly, but all with ...

Terms For An Industry In The '80s... IAN PENMAN reports on the artistic and commercial concept of ROUGH TRADE, recorders, distributors and promoters of new ...

IN A CURRENT context of confusion, Soldier-Talk appears to be a good idea. ...

Red Crayola: "...THE IDEOLOGICAL FEATURES OF ANY WORK AS A FUNCTION OF CONSUMER RELATIONS...

...AS OPPOSED TO DEMOCRATIC ORGANISATIONAL IMPERATIVES; SECTIONAL MILITANCY AS OPPOSED TO PRIVATISED MILITANCY, OF WHICH YOU FIND A GREAT DEAL IN POP MUSIC — THE CRITICAL ...