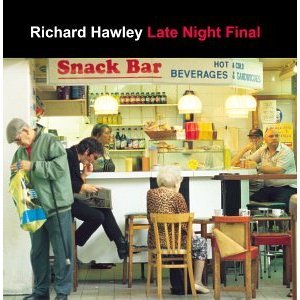 WARNING: WHAT you are about to experience contains not a hint of irony or pessimism, skepticism or half-truths, denial or doubt. ...

It's taken 25 years for Richard Hawley to be celebrated as the "Sheffield Sinatra". But how did Pulp, death and a diet of "Grolsch and ...

A THIRD consecutive album named after a lost corner of his beloved Sheffield hometown might suggest it's business as usual for Hawley, but the lush ...

Review by Stuart Maconie, The Word, May 2012

It's trippy up north. Richard Hawley has made a full-blown, widescreen psychedelic rock album — and it's a masterpiece. ...

"… AND THIS ONE'S for all the men in the house." Yes, after a decade of seducing career couples with the Roy Orbison stylings of ...