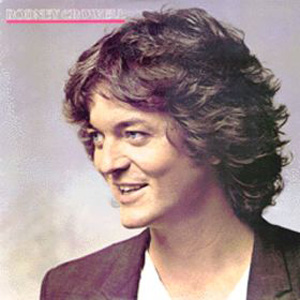 RODNEY CROWELL, who turns 62 on August 7, has been on our radar since the 1970s, when he was the freshest horse in Emmylou Harris' ...

BEN BULLINGTON had never played Nashville. The Montana doctor who'd lovingly crafted three albums thick with simple details and a voice that has a warm ...

WHEN GEORGE JONES asked Emmylou Harris to sing a duet with him on his 1979 album My Very Special Guests, she suggested a song by ...

ON 'HANGING UP MY HEART' and Roger Miller's vintage 'Invitation To The Blues', Old Yellow Moon's opening tracks, Rodney Crowell and Emmylou Harris seem to ...

It was a long time coming but, as Emmylou Harris and Rodney Crowell explain to David Burke, their new album together was all a matter ...

THE ADAGE which holds that you get your whole life to make your debut album, and barely a year or two to furnish your second, ...

FOR A SONG CYCLE that turns around death and mortality, Rodney Crowell's Close Ties is a decidedly jubilant affair. Co-produced by Kim Buie and Jordan ...