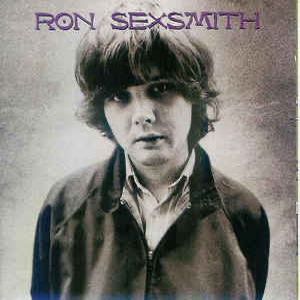 The Canadian singer-songwriter talks about being underrated and about the disillusion and "creeping pessimism" in his lyrics for Long Player Late Bloomer; about Love Shines, Doug Arrowsmith's film about him; about getting signed at the ripe old age of 31; about working on Long Player with producer Bob Rock; about how he wrote songs such as 'Strawberry Blonde'; about 'God Loves Everyone' and Westboro Baptist Church; and about repeatedly watching a live DVD by Neil Diamond.

THAT THE TERM "singer-songwriter" is no longer one of abuse is at least partly because of the excellent Ron Sexsmith. A thirtysomething Canadian who sounds ...

THEY ARE THE sensitive boys of Canadian pop. Both are acclaimed singer-songwriters, and both are unabashedly emotional. One is gay, with an impeccable musical pedigree, ...

DISMAYINGLY DROPPED by Capitol, the moon-faced Canadian troubadour has fetched up on one of those last-chance-saloon indies, hopefully not an indication that his career's in ...

"We have had a gutful of fast art and fast food. What we need more of is slow art: art that holds time as a ...

IN A WORLD of workaday singer-songwriters mired in vacuous self-regard, news of a new Ron Sexsmith record can only gladden the heart of those who ...

Ron Sexsmith: A spoonful of sugar