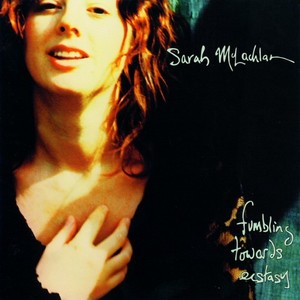 Business is booming in the protection business. Now many of those being protected are women pop stars targeted by dangerous stalkers ...

SARAH MCLACHLAN was lounging in her air-conditioned trailer, exhausted but exhilarated after a day spent fielding media questions and a night spent singing, strumming and ...

Lilith Fair: If You Want To See a Show, Put On a Festival – Sarah McLachlan Takes the Girls on the Road

MOVE OVER, Lollapalooza. This year's summer traveling festival to watch is the Lilith Fair, the brain-child of Canadian artist Sarah McLachlan. ...

AT RISK OF PROVOKING EITHER THE TRADITIONAL yawn or a punch in the face whenever it is suggested that this is the year of women ...

Sarah McLachlan: Her Own Woman

IN LA, EVERYONE knows her name. Indeed, for many American women, Sarah McLachlan is an icon. In London, however, she is usually confused with Craig, ...