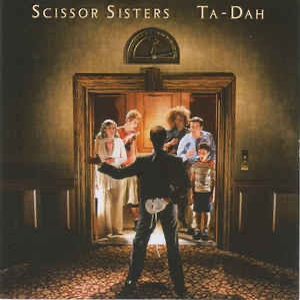 NO ONE-SENTENCE summation (no matter how correct or clever) really does justice to the Scissor Sisters. As a girdle-tight, piss-elegant rock unit unafraid to play ...

Our critic goes to the cutting edge of glam as she meets Scissor Sisters, the band most likely to in 2004 ...

Report and Interview by Paul Lester, The Guardian, 9 January 2004

THE FACT THAT New York's Scissor Sisters can fill Trafalgar Square and still, relatively speaking, not get arrested back home should be a matter of ...

SCISSOR SISTERS' last hurrah before retreating to New York to start work on album No 3 should have been a camp carnival. ...

Siouxsie to Ana Matronic: 'I Get The Voodoo Thing. My Dad Milked Snakes'

Scissor Sister Ana Matronic idolises Siouxsie – so we brought the two together to discuss punks, parents and the male ego. By Caroline Sullivan ...