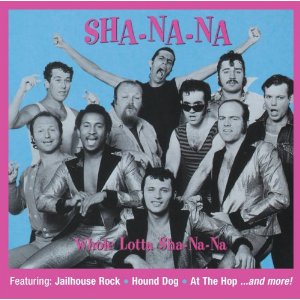 SHA-NA-NA has a cute stage show. They come out, dressed fit to kill in an assortment of gold lamé, black pants, white socks, t-shirts, etc., ...

Update, 2020. Woodstock. The name has many meanings. There's Woodstock the town where Bob Dylan and the Band lived once. But the main resonance is ...

LONDON — "Somebody leaped out at her from behind some bushes in our driveway," explained a seething Lieut-Col. Michael Underwood, "and gave her a black ...

Back-stage areas are hardly ever glamorous and form a stark contrast with the dazzle of lights and adulation that lurk beyond. Here, even the most ...

Robin Katz talked to Sha Na Na and Fumble and found that the music never died ...

THERE ARE some memories we have which are straightforward memories, but then there are other memories which are more like memories of memories and we're ...