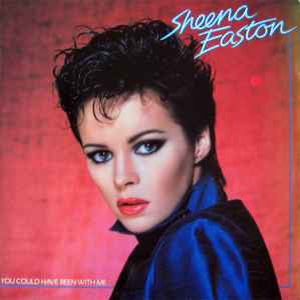 From taking the morning train to having the look, Mat Snow probes Sheena Easton about her life in music, Esther Rantzen, Kenny Rogers, Prince and all.

SHEENA EASTON'S present success might be seen as reassurance that, even in this post-Sex Pistols age, the British mainstream pop audience refuses to give up ...

Pipe and slippers at the ready ...

Sheena Easton: Through Sheena's Eyes Only

POP SINGER DOESN'T USE LYRICS TO DELIVER ANY MESSAGES ...

The Prime of Miss Sheena Easton

A star in the States and yet either a twee girlie singer or second-string Prince collaborator in her home country, SHEENA EASTON, courtesy of that ...

IT'S A MIGHTY long way from Bellshill, Glasgow, to Beverly Hills, LA, and for Sheena Easton, the journey started even before Esther Rantzen's The Big ...