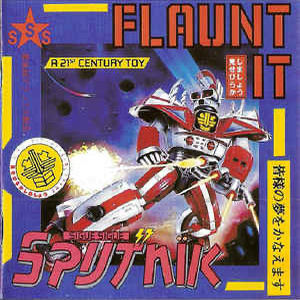 In Part 1, Sigue Sigue founder Tony James talks about the influence of sic-fi movies like Blade Runner and Terminator etc.; the death of old rock clichés; using video and TV, and the mistakes of punk in general and his former Gen X bandmate Billy Idol in particular. In Part 2, Sputnik frontman Martin Degville on the band's style; his wigs; popular fashion, and how his former flatmate Boy George is too safe...

Sigue Sigue Sputnik: This Band Needs No Introduction – They Write Their Own

YOU FIND yourself reading about them...It's been a long day, and it isn't over yet. The two juiciest members of Sigue Sigue Sputnik – pronounced ...

"A lot of people are going to hate Sigue Sigue Sputnik," says their bass player and boss Tony James. "Because we're not into being miserable ...

AHA! IT's the most reviled band in the world!Sigue Sigue Sputnik and Reading were not a marriage made in Heaven. When one is the subject ...

THERE'D BEEN rumours circulating all day that trouble was brewing. The police were outside, people were being searched on the way in... but I needn't ...

AS STUPID as they are, the British public can take a joke if you give them a punchline to go with it. They bought Malcolm ...