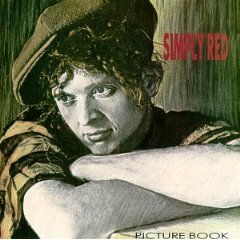 IT HAS to be said that this plumpish, carrot-mopped bloke stomping around like a kid in a playpen hardly looks the part of STAR. And ...

I'VE ALWAYS wondered what sort of groups have the music industry slobbering over them prior to any form of public acclaim and Simply Red are ...

AND SO the controversy continues. Inflammatory statements rage about our ears as the Mancunian soul-revivalists stand their ground and weather the cries of derision that ...

SCENES OF decay and destruction: cracked streets, derelict warehouses, disused railways, a forsaken synagogue and – cloaked by walls of racist graffiti – the burnt-out ...

Punk in Manchester: Oh, How We Laughed

BE OFF with you! Little Red, it is said, is not happy at the hollow allegations that suggest he has 'sold out' by leaping from ...

OPENING YOUR show with a nearly a cappella version of Ray Charles' 'Drown in My Own Tears' takes a lotta nerve. It also takes industrial-strength ...

Still red — politically, tonsorially and Simply — the alleged panther-like Mick Hucknall is teetering on the brink of another globe-goosing success with the follow-up ...

MICK HUCKNALL has barely put a foot wrong over the past six years, since A New Flame set new, impeccable standards for Brit-soul back in ...

Given that Lemmy of Motorhead's father was a priest, it makes a crazy kind of sense that Mick Hucknall's dad should have been a barber ...

Simply Red: Have You Got A Bit Of Manchester In You?

Profile and Interview by Sheryl Garratt, The Word, August 2003

Mick Hucknall is performing a record he made at home, released on Simply Red's label, in a restaurant he owns in Paris. This kind of ...

He revolutionised soul in the early '60s, sings like an angel in anguish, and has influenced everyone from Otis Redding to Van Morrison, Now Bobby ...

Mick Hucknall: From Red To Blue

As the multi-million-selling figurehead of Simply Red, Mick Hucknall found himself in a creative cul-de-sac. On his debut solo album, a tribute to his idol ...

Let The Red Flag Fly: In Defence of Picture Book

The Quietus battens down the hatches and prepares for a storm as Wyndham Wallace risks all to defend Simply Red's debut album, Picture Book, on ...

Admitting I liked Simply Red didn't fit with the NME's Maoist indie conspiracy, but Hucknall's repertoire is studded with triumphs ...