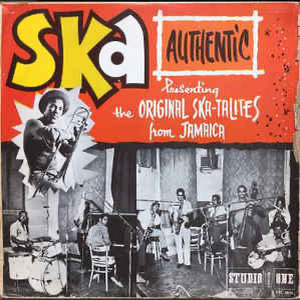 The Skatalites: Return Of The Big Guns (Island White Label)****.5

KA-BOOM. KA-BOOM. Ka-boom. This is where it all began and has now returned to, more or less. ...

FOUR YEARS AGO, the Two-Tone ska revival raced through America as another Anglo hip trip, a six-month passing fancy that disappeared in a swirl of ...

The Skatalites: The Fathers Of Ska

This Dance Music Is Dangerous To Your Heath: The Skatalites & The Birth Of Ska

WITH THE passing of time, a tragic event sometimes reveals a comic nuance. One night in 1964, the Skatalites were performing at Club Calypso in ...

Fresh out of young Jamaica in the 60s, ska became the defining sound of a vibrant music scene — in turn it influenced 70s reggae, ...

ASK JAMAICA'S PRIME MINISTER ABOUT THE SKATALITES and he'll come over all misty-eyed. Never mind that, at the moment, PJ Patterson is running a country ...

The Skatalites: On The Right Track *** ½

THE SKATALITES' lineup on this new recording, cut in Australia in 2006 during their first tour there, consists of just two original members of the ...