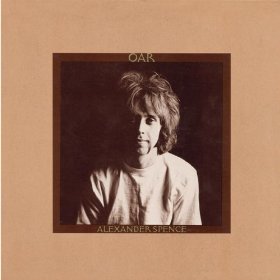 THE PASSING OF TIME has edged some psych esoterica into the mainstream, and Oar is a shining example. At once individual confession, generational narrative, and ...

"I'LL TELL YOU A GOOD ONE, a realy good one," says Jerry Miller, long-time guitarist with Moby Grape, warming to the subject of his former ...

IF EVERY Sgt. Pepper's begets its Satanic Majesties Request, and every Woodstock its Woodstock '99, Alexander "Skip" Spence's post-Bellevue Oar, first released in 1969, resembles ...

Skip Spence and the Sad Saga of Moby Grape

Book Excerpt by Jeff Tamarkin, 'Got a Revolution', 2003

We need to talk about... Skip Spence: Oar in dark water

Moby Grape co-founder Skip Spence wrote his album Oar in a psychiatric ward after threatening his bandmates with an axe. Fifteen years after his death, artists ...