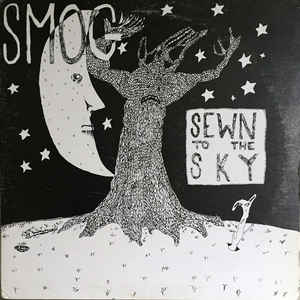 Mr Smog talks about his latest album Rain on Lens; about his songs not being autobiographical; on not deserving his reputation as a miserabllist; discovering music in his youth, from John Lee Hooker to punk; enjoying a peripatetic existence; playing the 2000 Meltdown Festival and meeting Scott Walker; on not trying to make hit records, and his admiration for Buster Keaton.

Smog in a Wild Kingdom of Burning Love

BILL CALLAHAN has spent so much time alone that almost all he can do is be true to himself. He is absolute Bill, and people ...

Misery is no fun. SMOG know it. And express it perfectly ...

You might not want him living next door to you, but Bill Callahan, aka SMOG, is surprisingly fine company... ...

The Man Behind the Smog

BILL CALLAHAN HAS BEEN releasing strange and disturbing records as Smog – both on his own and with various accomplices, most notably erstwhile soulmate Cynthia ...

Profile and Interview by Ben Thompson, The Independent, 12 February 1999

THERE'S NOTHING BILL Callahan likes better than watching a Polaroid develop, "struck in this transition state, always surprising me". Some might say he needs to ...

Smog: Play Misty For Me

Interview by Simon Price, Uncut, May 1999

Smog's Bill Callahan is to Nineties USA what Morrissey was to Eighties Britain: the undisputed bard of smalltown melancholia. Simon Price meets the pea-souperman. ...

Heading For The Ditch: Smog and Will Oldham

Report and Interview by Ben Thompson, The Independent, February 2000

IT'S ONLY THE first week in February and already spring's sonic daffodils are poking through the boy-band mulch. Those who feared they would live their ...

DESPITE WIELDING an acoustic guitar and piano, Bill Callahan of unrivalled miserabilists Smog happens to be one of America's most relevant music makers. With last ...

Bill Callahan: I want to be alone

Alt-country's reluctant star, Bill Callahan, aka Smog, is not a man to stand still. Or get too close to people. Or talk much. Andy Gill ...

SMOG'S BILL CALLAHAN remains an enigma not, it seems, because he won't say anything, but because he can't. ...

Smog: A River Ain't Too Much To Love (Drag City)

THERE'S SOME kind of desert here, some grand landscape hinged between dusk and dawn that Bill Callahan evokes. ...

Retrospective and Interview by Nick Hasted, Uncut, May 2010

"I'M SOMEWHERE between a gumshoe and a journalist," Callahan says. "A writer, not a symbol. I don't want to be a performer who gets applause ...

Profile and Interview by James Medd, The Word, April 2011

How, after 11 albums, has the mysterious Bill Callahan stayed so supremely unknowable? ...