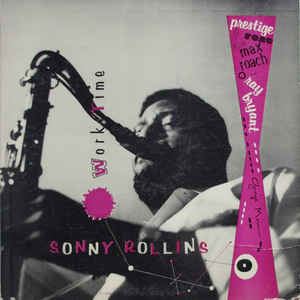 Rick Laird: Musicians Over Here Sound As If They're Stuck

LONDON — LATEST in a long line of British jazz musicians to trek to the United States is twenty-four-year-old Rick Laird, resident bassist at London's ...

FOR SOME reason, recordings of live rock and roll shows are selling very well. You can hardly hear the music above the enthusiastic audience response ...

Elvin Jones: This Is The Surgeon Who Pared The Flab

His name? ELVIN JONES — the man who dissected drum technique, put it together with new muscles, and has been demonstrating the product at Ronnie ...

Sonny Rollins: Sonny Side Up