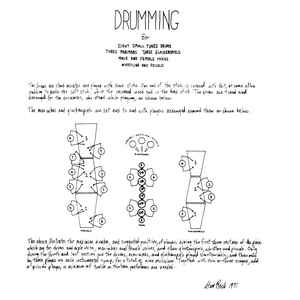 OSTENSIBLY, the two Steve Reich concerts at London's Roundhouse last Sunday and the Sunday before reversed the natural order of things, starting with a complete ...

A MAJOR new work by Steve Reich, a 42-year-old composer and performer from New York. Music For 18 Musicians was conceived in May 1974 and ...

FOR SEVERAL years now Steve Reich has been labeled one of the three "minimalists" to name drop, listen to, and even to take seriously. ...

WHAT IS THE USE OF MINIMALISM? ...

ANTICIPATION WAS high at Ensemble Modern's UK premiere of Steve Reich's new piece, You Are (Variations), which earned enthusiastic press when first performed in the ...

BACK IN FEBRUARY, one DiS messageboarder was moved to say to the masses: "I challenge you to prove to me that math-rock is real". Responses ...

Interview by Mike Barnes, The Guardian, 5 May 2011

STEVE REICH is a major influence on today's musicians, artists and film-makers. As the Barbican pays tribute, we ask some of them why – and ...