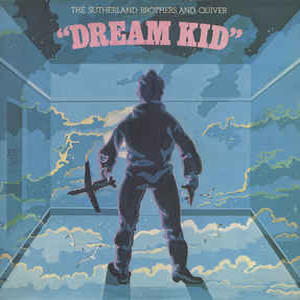 IRONICALLY the Sutherland Brothers' first 'major'' London gig since teaming up with Quiver was opened by an acoustic duo, as if to remind the audience ...

IT'S HARD to figure out why the Sutherland Brothers have managed to remain so little known. Perhaps it's simply a lack of publicity, because as ...

John Pidgeon reports as, ever so slightly, America begins to quiver... ...

Sutherland Bros & Quiver: They're Not An American Band

THERE ARE numerous British groups who admire US units like the Byrds and the Band, but few, if any, have risen above the level of ...

FOR NINE WEEKS now, the Sutherland Brothers and Quiver have toured America with Elton John. Their single, '(I Don't Want To Love You But) You ...

WHEN Quiver and the Sutherland Brothers – two groups then practically unknown in the U.S. – joined forces to last year to accentuate the positive ...

The Sutherland Brothers: The Beat Of The Street

I HAVE ALWAYS thought that the Sutherland Bros and Quiver were a worthy group. Making the right noises, going to gigs regularly, kindly, but no ...

Sutherland Bros: Beat Of The Street

THEY OPEN WITH a knockout and close like gangbusters. ‘World in Action’ is an energy-overload rocker with a great bridge over doubled wattage, an electrifying ...

IF PROOF was needed that Lynyrd Skynyrd have broken Britain's back, then a visit to Hammersmith Odeon on Monday night would have persuaded the harshest ...

Sutherland Brothers: Reach For The Sky

POSITIVE NOTES FIRST. Of the four Sutherland Bros. & Quiver albums, Reach For the Sky is definitely the most consistent, the strongest yet. ...

Sutherland Brothers and Quiver: Reach for the Sky

THIS CLASSY ROCK GROUP from Britain somehow managed, over the course of its three Island albums, to grow progressively more obscure, despite an infectious '73 ...

Profile and Interview by Ken Barnes, Phonograph Record, May 1976

A LITTLE HISTORY first. Not too much, don't worry; this isn't one of my retrospective tomes. The group is called the Sutherland Bros. & Quiver ...

Sutherland Brothers and Quiver in Newcastle

IT CAME to me in a vision about half way through the long set the Suther Quivs have put together for their first headline tour ...

The Sutherland Bros: Where Are They Now

ONCE UPON a time, there were two Scottish brothers, lain and Gavin Sutherland, peddlers of particularly earthy soft-rock fare with two albums on Island (1972's ...