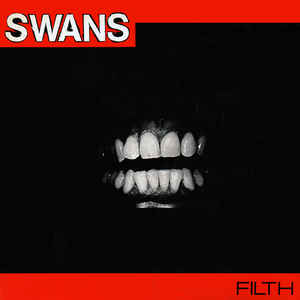 "The ultimate manifestation of power and authority is torture and rape" – the SWANS take it from there, to the ear of BIBA KOPF ...

HAS THE vocabulary been conceived, reduced or minimal enough to transmit the gravity or even sonority of those emotions laid bare on this, this, this ...

RECORDS BY the Swans have so little to do with pleasure, fun, and the, uh, joy of living that it's no off-a-log-fall explainin' why they ...

No other group creates such extreme reactions as SWANS. For some, they are a bunch of American charlatans making the worst noise in the world; ...

On their new album The Burning World the SWANS have discovered their volume control goes down as well as up and have left the harsh ...

Report and Interview by Ted Drozdowski, The Boston Phoenix, 10 May 1999

FIRST IMPRESSIONS do last, so I'll always remember Michael Gira as the "revenant black saint" he goes on to describe himself as in the lyrics ...

Swans:  My Father Will Guide Me Up A Rope To The Sky

SWANS WILL ALWAYS be a draw for life's spiritual derelicts, a certain constituency in peaceful agreement that the world is cruel, human nature is animal, ...

Swans: To Be Kind

FOLLOWING AN album as monumental as 2012's triple-disc behemoth The Seer would be a tall order for just about any band. ...