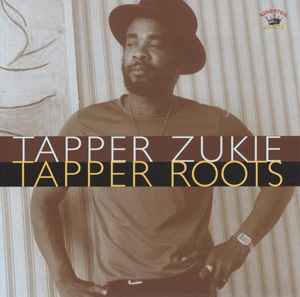 I-CENSE IS SWEET, but rockers is sweeter yetter; as the good brother I King Tapper Zukie would say. The man from Bosrah came to High ...

"WE'RE ONE up the arse for the rich, established groups... There's so many useless bands around it's not even worth naming any." ...

Who is Tapper Zukie? And why are Patti Smith, Lenny Kave, and Penny Reel saying such nice things about him?

Unfortunately, we don't have Patti or Lenny here to tell us. We DO have Penny Reel, who INSISTS he use this space to lord the ...

AN ALBUM full of dignity, grandeur and pride: Smokey swirls intertwining to form a chord of steel... ...

ON JANUARY 10 of this year, Samuel Dreckett — JLP (Jamaica Labour Party) Councillor for the Western Kingston district of Tivoli Gardens — entered the ...

Report and Interview by Chris Salewicz, New Musical Express, 27 May 1978

"WELCOME TO REMA," reads the spray-can graffiti down by 7th Street in Trenchtown. "Peace, Love And Unity". Over on the other side of the Calamite ...