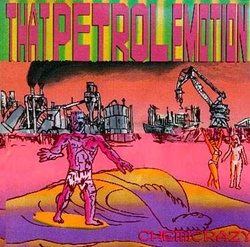 Stump, That Petrol Emotion, Pop Will Eat Itself: Bay 63, London

That Petrol Emotion ignite post-punk rock with incendiary politics. And they're putting out the fire with gasoline. Article by Jon Savage ...

IF CRITICAL plaudits were big bucks then, whilst erstwhile chum Feargal busked for small change at Leicester Square, That Petrol Emotion would be laughing all ...

SHAGGED OUT after a frenzied bout of road fever, That Petrol Emotion have collapsed into the back of their minibus. ...

MAYBE OLD-fashioned guitar bands will follow dinosaurs and vinyl into extinction one of these days. In the meantime, give thanks for That Petrol Emotion, who've ...

Review by David Cavanagh, Select, May 1993

IN 1989 Peter Buck told Sounds That Petrol Emotion was the band he would want to be in if he wasn't already in REM. Now ...