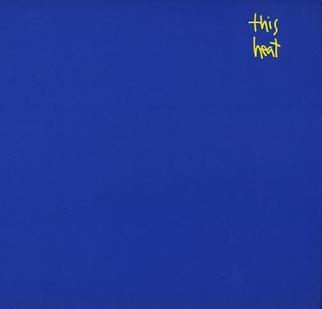 THERE ARE weird gigs, and there are weird gigs, but this one stands as the weirdest I've attended since the memorable time Faust caused a ...

This Heat Are No Picnic

WHO IS this, anyway?" Giovanni Dadomo demanded. "The Caligari Brothers?" Funny you should say that, my pasta-eating pal. ...

This Heat: This Heat (Piano Records)

THIS Heat takes you to ten movies in the space of a one-year-old album. ...

Metallic, but not nocturnal. Knoworrimean? Probably not ...

This Heat: This Heat (Piano)

FOR MUCH of This Heat's album, it's difficult and at times impossible to decipher which instrument is playing what. This is some indication of their ...

I DONT KNOW what This Heat's vision of an ideal setting for their singular brand of music would be but I'd guess the Brixton Ritzy ...

TRAGICALLY snubbed by both press and public in this country, This Heat may have played their final gig. ...

FORGET ABOUT THE NOSTALGIA-MONGERING AND KITSCH REVIVALISM – THE POST-PUNK PERIOD OF 1979-81 WAS AN ASTONISHINGLY FERTILE TIME FOR BRITISH MUSIC, WHEN INDIE LABELS FLOURISHED ...

This Heat and Cold Storage: Once upon a time in Brixton

This Heat: Head Birth In The Year Zero

"IN MY MIND, the linearity is that we did Dolphin Logic. Then Gareth joined Dolphin Logic and we became This Heat. That's my version," says ...