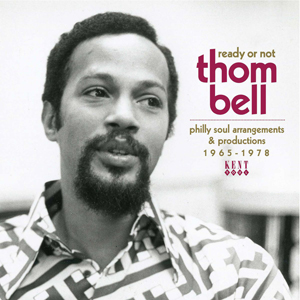 PHILADELPHIA'S Delfonics are probably the innovators of the city's famed sound, dating back to their earliest Philly Groove hits such as 'La La Means I ...

SINCE LEAVING Motown the Detroit Spinners have changed considerably, largely because of the recording direction of Philadelphia genius Thom Bell. ...

IF YOU study Thom Bell's creative work, there is an undeniable classical influence in everything he does. The easy explanation to this is that the ...

THOM BELL smiles a lot. And it isn't only his natural good humour which creases his handsome, bearded face into another explosion of laughter. Over ...

IN THE ‘70S THE most popular form of music is, once again, R&B, also known as Soul. Emanating primarily from Philadelphia, it is a laid-back ...

Inside The Philly Sound

In the States, and in Britain, the insidious sweet beat of the Philly Sound continues to conquer the best selling charts. The whooping passion of ...

Dionne Warwick and Thom Bell: Hitting The Road Together

WITHOUT ANY question, one of the most significant musical marriages of our decade was the one that brought the team of Dionne Warwick, Burt Bacharach ...

SINCE IT was the arranging/production and inspiration of Thom Bell which took Dionne Warwick (no final "e" these days) back into the charts after a ...

WHEN THE SPINNERS recently celebrated 25 years together as a group, amid all the celebrations the soul quintet were quick to point out the part ...

THE STYLISTICS were a permanent fixture on the British pop charts of the early '70s. Every tenth record that came out of my tinny transistor ...

Symphonic Soul: "You get more bees with honey"

Retrospective and Interview by Paul Lester, The Guardian, 16 November 2007

Thom Bell and the Sound of Brotherly Love

WHILE THE ubiquitous songs of Detroit's Motown get anthologized and commercialized ad infinitum, and the critics salivate over the gritty southern soul of Memphis' Stax, ...