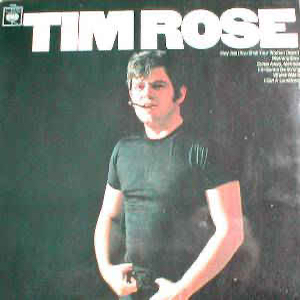 SUNDAY'S SAVILLE bill was most groovy, opening with the Fairport Convention who are beginning to find their way, followed by American Tim Rose who was ...

TIM ROSE is an American in the odd position of having been responsible for two of pop's standard classics — without actually having a hit ...

MANFRED MANN: Up The Junction (Fontana TL 5460). HOW FORTUNATE it is for the Manfreds that this LP of film music — never strictly commercial ...

THE ROLLING STONES: 'Jumpin' Jack Flash'; 'Child Of The Moon' (Decca F 12 782). Back to their famous rhythm and blues oriented sound here from the ...

"TIM" WAS A familiar name around the Greenwich Village folk scene of the '60s, but one with a tragically portentous ring to it. Tim Hardin ...