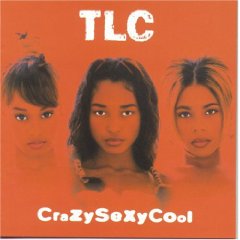 L.A. & Babyface: Reid All About It

As if to ridicule the cynics who suggested that they'd passed their sell-by date, L.A. & Babyface are back with a bang and leading a two man assault on the music biz. L.A. Reid talks ...

TLC are three Scary Betties if ever we saw 'em. Arsonists, sexual predators and New Jill Swing superstars whose CrazySexyCool is Swingbeat Record Of The ...

Budfest: State of the Art Black pop is in fine shape, even if Garden sound isn't ...

The women of TLC stay cool under fire ...

TLC: Phoenix from the Flames

Controversial New Jill megastars TLC are one of the biggest bands on the planet right now... and they're bankrupt. It's a long story, but SIMON ...

FOR THE PAST decade, TLC have challenged the usual pop-girl predicaments. They sported condom fashions as teenagers, took on their management and record company, addressed ...

THE POP world lost one of its most colourful characters yesterday with the death of Lisa "Left Eye" Lopes. ...

RATHER THAN spell the end of TLC, the death of Lisa Lopes earlier this year in a car accident has meant a bit of a ...

The sex, sauce and tunes that jump-started R&B ...

TLC's Ooooooohhh... On the TLC Tip

Retrospective and Interview by Michael A. Gonzales, Juicy, February 2012

Before they were a crazy, sexy, cool multi-platinum-selling girl group, TLC was three young women from Atlanta out to prove that their debut album, Ooooooohhh...On ...