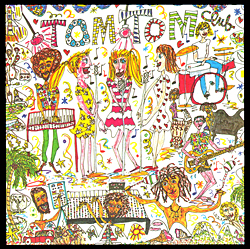 Will Talking Heads survive? Is the family in jeopardy? What is this bastard offspring Tom Tom Club? ...

Adam Sweeting on Talking Heads, the Tom Tom Club, and the great divide between the two ...

FROM THE OPENING ripple of 'Little Eva' to the parting shot that is 'Psycho Killer', this is – note for note, word for word – ...

TINA WEYMOUTH has been fidgeting behind a bass guitar for 11 years, just waiting for a chance to shake her long blonde hair about like ...