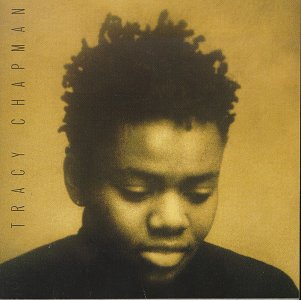 SHE COMES from the wilderness, as prophesised, with a voice like molasses, hair like an ink blot and a heartful of tears. She comes with ...

TRACY CHAPMAN is fresh, focused – and making her points with hard – hitting folk. Lucy O’Brien talked to a new kind of star. ...

White Rock we know about, but why should the idea of Black Rock be so difficult to comprehend? When Prince says his current tour is rock'n'roll based, he ...

I'M ALWAYS prepared to be surprised. I like surprises, me. If, for example, Tracy Chapman made an album — not a terrifically surprising event in ...

Tracy Chapman: Matters Of The Heart

THE COMBINATION OF 'Fast Car' and the Mandela show transformed Tracy Chapman from an odd throwback to the era of folk protest into the voice ...

"LIVE, LAUGH, LOVE, but through it all, forgive"; "Let's not compare ourselves to others"; "You are your own garden"; "For God's sake, teach people to ...