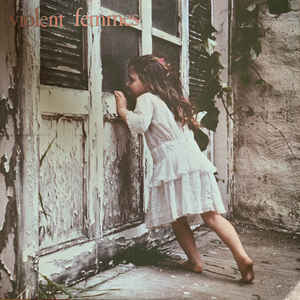 ROMANTIC AND SEXUAL frustration have long been central themes in rock, and Gordon Gano – the Violent Femmes' 20-year-old singer, songwriter and guitarist – seems ...

MILWAUKEE IS Dullsville by any other name, so little wonder that the three superbuskers who comprise The Violent Femmes munch upon the tastiest feast Americana ...

It seems that the Violent Femmes, American outer-limits oddballs of note, are getting heavily into fish and wah-wah pedals. Sandy Robertson went along to find ...

The VIOLENT FEMMES are, in deed, weird fish. Bagpipers, Bolan and Wild Billy Burroughs all seem to stagger blindly into their orbit. ANDY GILL herein ...

IN A SANE world, every child on earth would be issued with a copy of the Femmes' 1985 debut the moment they reached puberty — ...

BRIAN RITCHIE says that he gets asked a certain question often. Maybe somebody sees him with his long blond hair. Or that he's carrying a ...