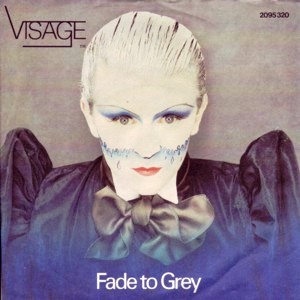 STEVE STRANGE, chief of the new clan of the beautiful people has made a record. MARK COOPER talks to him about the concept ...

THE MINUTE I walked in the joint, I could see he was a man of distinction, a real big spender... king of the nighttime jungle, ...

BOTH THESE records explore the musical turf of brave new pop swathed in synthesizers and studio effects. Neither is quite a paradigm of such experimentation; ...

ARE THE futurists a spin-off of the Star Trek fanatics? Nope, they're just the newest British cultists of individuality, using make-up and dress that amalgamates ...

…And Their British Guru, Steve Strange

SOMETIMES, confides Steve Strange, weeks go by when he doesn't buy any clothes. ...

SO WHAT can I tell you that's new? As I write, Steven is welcoming guests to his super new Sunday Tea Dance club in Kensington. ...

EVERY OTHER individual who burst forth from neo-legendary club The Blitz as aspiring popster or artist/designer/photographer has now almost been forgiven the cardinal sin of ...

THE TALL white house in Notting Hill Gate had three doorbells. All, however, were nameless, not giving away any clues who lived there. ...

"1983 FOR me has been a nightmare..." asserts Steve Strange, a presumably ashen visage hidden by a delicate ivory foundation and shocking pink lipstick. ...

He's had a hand in almost every type of pop group imaginable: he was number one in 1976 with "teenybop" group Slik, almost become singer ...