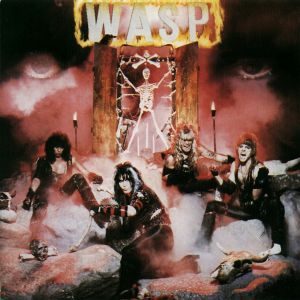 THEY DON’T MAKE metal mutants like they used to. Whilst WASP obviously consider themselves the baddest muthas to walk this earth, many of their audience ...

In the red corner, bobbing and weaving and humming like a Tiger Moth, WASP come out fighting. Over on the blue side, STEFFAN CHIRAZI stings ...

NEON NIGHT, LA. Clad in leather and flashing skull'n'dagger tattoos, Chris Holmes of WASP — the Peter Sutcliffe of heavy metal — is lounging on ...

'I'LL DO whatever I want to you/I'll nail your ass to the sheets'. Blackie Lawless slobbers on W.A.S.P.'s controversial first single. 'Animal (F**k Like A ...