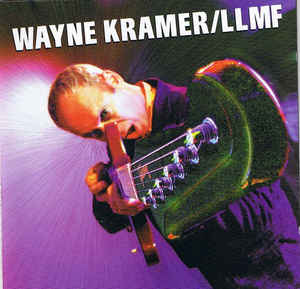 The Detroit City axeman on working with Was (Not Was); meeting Red Rodney in prison; hanging with Johnny Thunders and, of course, memories of the MC5.

"SOMETIMES we used to pass the Milan jail when the MC5 were driving to gigs outside of Detroit, and I used to look up at ...

It wasn't all flowers and freedom in the '60s for Detroit's finest rock'n'revolutionary band the MC5, whose legendary 1968 debut LP Kick Out The Jams, ...

BY ITS VERY nature, rock and roll is all about youth. Writing, performing and producing mostly for those to whom the terms "mortgage" and "cholesterol ...

MC5: The making of Kick Out The Jams

Interview by Jaan Uhelszki, Uncut, May 2007

How Wayne Kramer and his Detroit proto punks turned a stage heckle into a battle cry to herald the death of the hippy dream ...

MC5's Wayne Kramer Testifies about Music, Drugs, and Not Being "Revolutionary" Enough?

IT'S HARD TO fathom today that the FBI would be interested in the daily activities of, say, the Foo Fighters, Imagine Dragons, or Fall Out ...

Kramer and members of Soundgarden, Faith No More and Fugazi perform MC5 classics at Bogart's on Oct. 25. ...