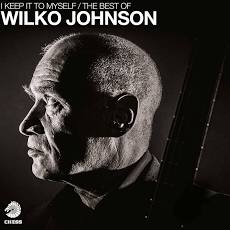 Wilko Johnson: Wilko Not Buried Yet

WITH DOCTOR Feelgood moving into the charts and just embarked on a headlining nationwide tour, one question still hangs around the street corner waiting to ...

Wilko Johnson: Would You Go And See The Relentless Kings Of Terror?

WILKO JOHNSON wouldn't. But TIM LOTT we're not sure about ...

THERE WAS something almost malevolently horrible about the atmosphere in Dingwall's when Wilko Johnson's band debuted there last Thursday. ...

Wilko Johnson — To Hell And Back Via The M1 Caff

THE MARQUEE'S jammed up jelly tight; foot on foot, elbow in kidney, spilled drinks and apologies – or not, as the case may be – ...

The Class of '73 holds a reunion. David Hepworth takes the roll call. ...

Flood and drugs and R&B – the life and works of Wilko Johnson have been fast and turbulent. But the Essex Assassin is still rocking ...

Caught in the glare: Wilko Johnson has no regrets

Even in jazz, sometimes the simplest pleasures are best ...