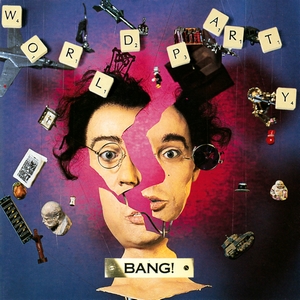 Wallinger: The World's in His Hands

NOT THAT Karl Wallinger is modelling himself after Sean Penn or anything, but he'd really rather not be doing interviews — not this month, anyway. ...

WORLD PARTY – BEST known for the 'Ship Of Fools' hit off their 1986 debut – is, to all intents and purposes, Ex-Waterboy Karl Wallinger, ...

World Party: In A World Of His Own

Karl Wallinger’s wilderness years were ended when he formed World Party. Gone forever the endless dabblings that took him from the rock ‘n’ roll ...

Bang! is Karl Wallinger's Victor Meldrew album. Sequestered in a garret for two years since Goodbye Jumbo, he shuffles blinking into the daylight to enquire, ...

"I’M COMPLETELY undisciplined", Karl Wallinger gives a dopey grin in answer to the inevitable question: why has it taken four years to follow up the ...

"I WISH he'd stop wiping his nose," moans the guy in the next seat. Even without his nasal hygiene tic, the object of this ...

TWELVE YEARS after their last studio album, Karl Wallinger has finally decided he's ready to resurrect World Party, the vehicle for his songwriting that birthed ...

Karl Wallinger: The Song that Saved My Bacon

IN 1997 WORLD PARTY released a song called 'She's the One'. A simple, affecting piano ballad written by Karl Wallinger "in ten minutes and recorded ...

AS COMEBACKS GO, playing the Albert Hall after more than a decade away makes quite a bold statement. Never mind that this iconic venue was ...