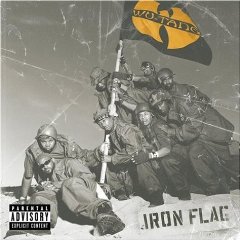 Wu-Tang Clan: "Give us a chance to be truly wicked and we'll blow the whole shit up"

So here we are in the wonderful and frightening world of Staten Island's Wu-Tang Clan. A formidable collective of renegade rappers well versed in everything ...

FROM HERE TO ETERNITY Have the WU-TANG CLAN just made the greatest hip hop album of all time? ...

THEY LIVE in a house, a very big house, in the country. But considering that much of their energy, vision and ground-breaking ferocity derives from ...

Wu-Tang Clan: Phantoms of the Hip-hopera

After four years of frenzied  solo excursions, the members of Wu-Tang Clan reconvene as a group amid the usual circumstances — mystery, panic, tragedy — ...

Beauty and the Beats: Texas meet the Wu-Tang Clan downtown

Keep up! It's CAPPADONNA. You know, the latest of the Wu-Tang Clan to keep up the rapid onslaught of solo LPs from that camp. And ...

One minute RZA's producing the Wu-Tang Clan, the next he's writing as his alter ego Bobby Digital, then he's off to star in the movies. ...

Ol' Dirty Bastard's rap sheet pisses on Mark Morrison's. But are the cops really out to get him? Are gangstas gunning for him? Or is ...

Whither the Wu? For now, the Wu-Tang Clan's past is more exciting than its present ...

Wuclear Fission: A Nutcase and a Point Guard Rise Above Wu-Tang’s Solo Overkill

THE STUPIDEST, greatest, lovingest, most problematic-yet-simple moment in pop last year was a guy not content to be called Ol' Dirty Bastard letting it all ...

The world-famous Staten Island hip-hop collective has a government informer working within its ranks; at the same time, the group is being investigated by the ...

In the studio with the Wu-Tang Clan ...

The Way They Are: Eminem and Friends

HIP HOP, you don’t stop. Whatever it is that this hybrid of street poetics and processed beats represents for modern culture, it ain’t going away. ...

WHAT THE HELL is going on with hiphop right about now? Rap's most popular, most talented MC â€" at one point in the running to ...

Ol' Dirty Bastard: Portrait Of The Artist In Jail

Report and Interview by William Shaw, The Guardian, 22 March 2002

He was the clown prince of hip-hop, famously appearing onstage with the Wu-Tang Clan while on the run from the police. Now Ol' Dirty Bastard ...

RIGHT NOW, all we know about Wu-Tang Clan's 8 Diagrams – their first album in six years – is that at least two members (Ghostface ...

Wu-Tang Clan get it together

Report and Interview by Angus Batey, The Guardian, 11 July 2008

"I'LL BE HONEST with you, and I'll be honest with your paper," sighs Robert Diggs, managing to sound both emphatic and resigned at the same ...

With Wu-Tang Clan and Jurassic 5 touring, why are we hooked on nineties hip hop?

Hip hop heads often get misty-eyed about the 'golden age' of hip hop. But when was it? The formative years of Grandmaster Flash and Sugarhill ...

In more than 25 years, I have never before witnessed an entire Brixton Academy audience bounce along in sweat-soaked unison ...

Reminiscing on the 20th anniversary of the Wu-Tang Clan's debut, Michael A. Gonzales wonders if it was all so simple then. ...